Set above the gentle swells of the Caribbean sea amidst expansive parkland and lush tropical growth, Frenchman’s Cove has been an exclusive getaway for over 50 years. Developed in the 1960’s, it set the benchmark for the best of the Caribbean while protected from the public eye. The private villas and The Great House have welcomed royalty to rock royalty.

We are not a traditional resort and unlike other locations on the island, our home in Port Antonio, on Jamaica’s eastern coast is nestled between the blue mountains and the Caribbean sea. Port Antonio has preserved its charm as a sleepy fishing village whilst still offering the comfort, variety and adventure of a true Jamaican holiday. For many of our visitors, herein lies the charm of Port Antonio and the lure of Frenchman’s Cove.

Frenchman’s Cove is a 48-acre resort that combines history, natural beauty and serenity. The resort is a collection of 18 unique and individual villas, and 10 double rooms in our Great House all shrouded by discreet shrubbery and scattered over the headlands on both sides of the river, beach, and bay. We have over 70 different species of trees, amongst other plants and are proud of our high level of biodiversity. It is our goal to continue to enrich our grounds and take care of the environment.

Continually ranked the “best beach in Jamaica” and famous all over the world, we invite you to paradise where you can disconnect and discover.

Frenchman’s Cove is named after an old folklore tale that documented an explosive battle with cannon fire and swashbucklers between the British and the French near the Cove. It is said the British defeated the French and wounded soldiers sought refuge in the cove, hence its historical name, Frenchman’s Cove.

Frenchman’s Cove was once a part of the Cold Harbor Estate. The 48-acre property was later purchased by Garfield Weston, who became enamored with its idyllic charm and unspoiled beauty.

After acquiring this vast and unspoiled seafront property, billionaire Garfield Weston (whose empire included Fortnum and Mason and Selfridges in London) was persuaded by the former Custos of Portland to build a hotel. He agreed, but employees employed by him throughout Europe, Canada, Australia, the Middle East and former British Honduras would only use the hotel. During the final stages of construction Mr. Weston’s eldest son, Grainger was sent to represent him in Jamaica and was persuaded to make Frenchman’s Cove into a hotel rather than a corporate retreat.

Construction began in 1958 and they built a sumptuous hotel, rumoured to be the most expensive in the world. It comprised 18 luxury villas shrouded by discreet shrubbery and scattered over the headlands on both sides of the river, beach and bay, the first official season to welcome guests was in 1962.

It was the first all-inclusive resort in the Caribbean and quite possibly the world. Frenchman’s Cove has played host to many distinguished guests including HRM Queen Elizabeth II, Elizabeth Taylor, and her then-husband, Richard Burton, Marlon Brando, The Beatles, Ian Fleming, and Errol Flynn.

The hotel was badly damaged by Hurricane Allen in 1980 but restored by Grainger Weston. No longer a resort for only the ‘very, very rich as once described by Vanity Fair, it now hosts weddings, yoga retreats, events, and families from all over the globe. The Cove itself is known as the most beautiful beach on the island and is open to the general public and guests. 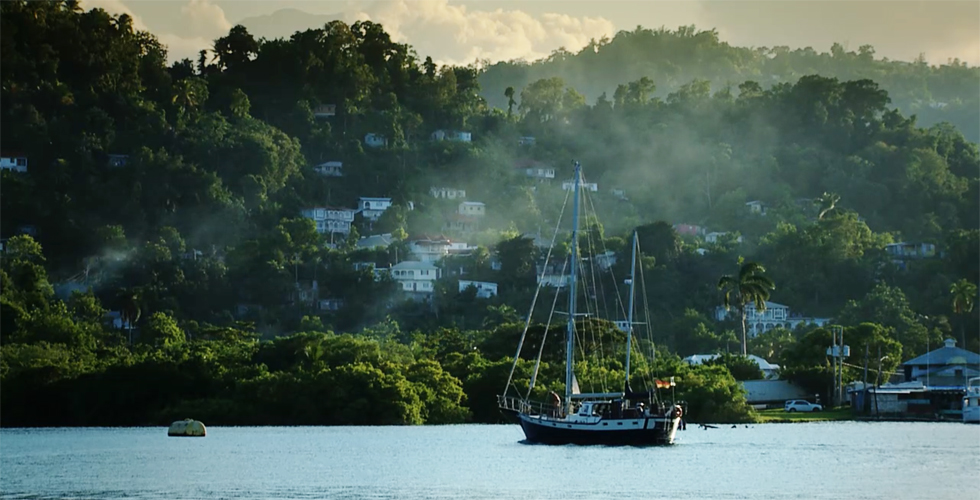 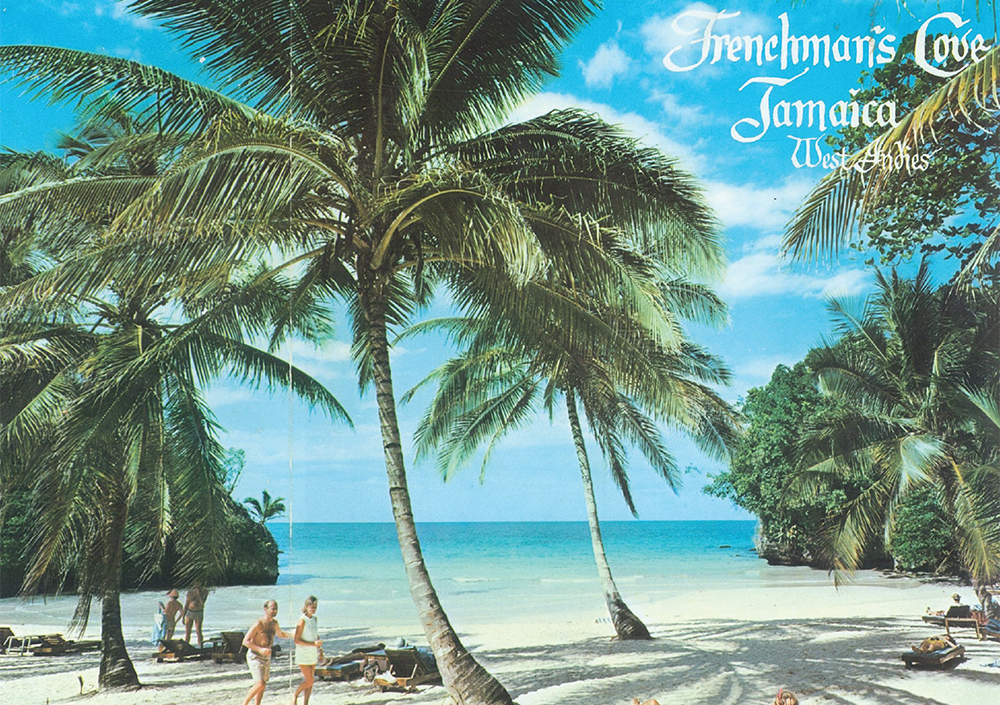 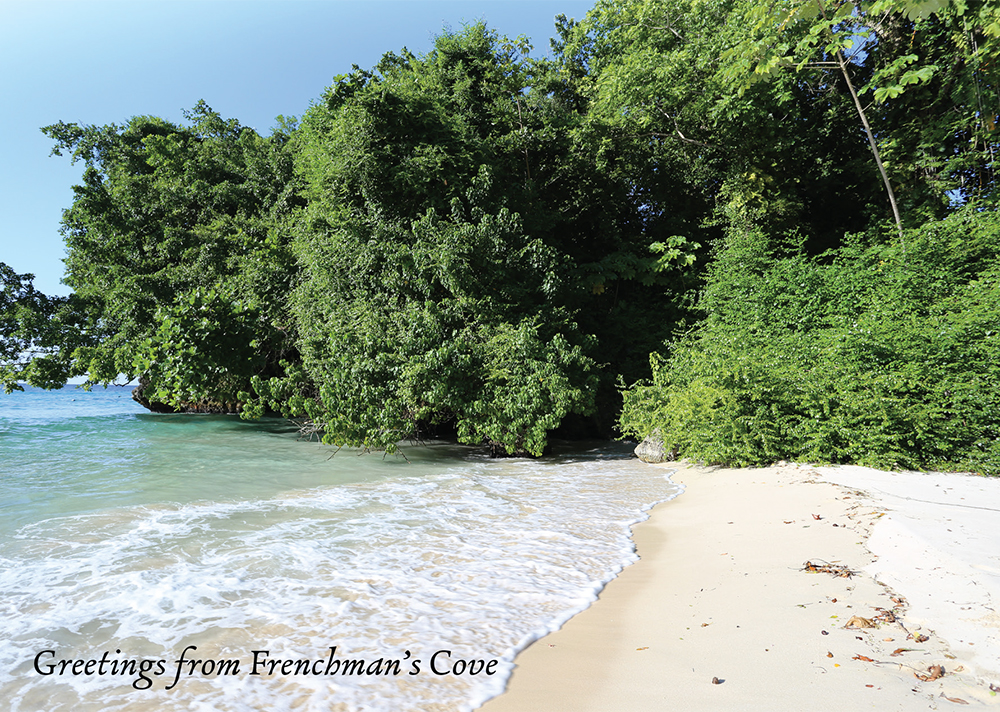 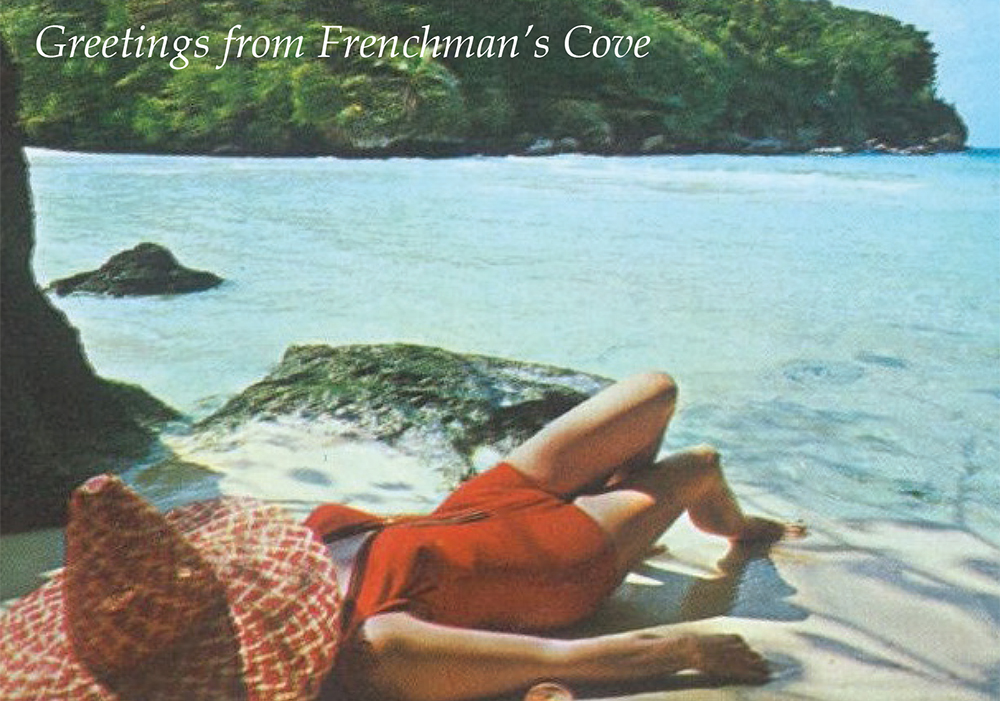 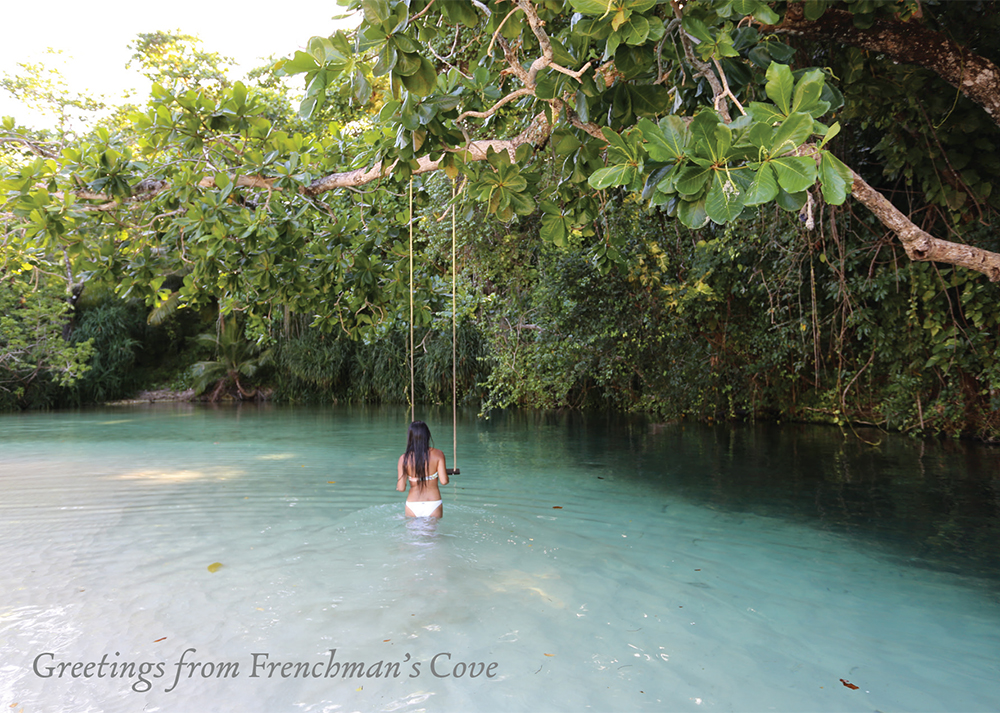 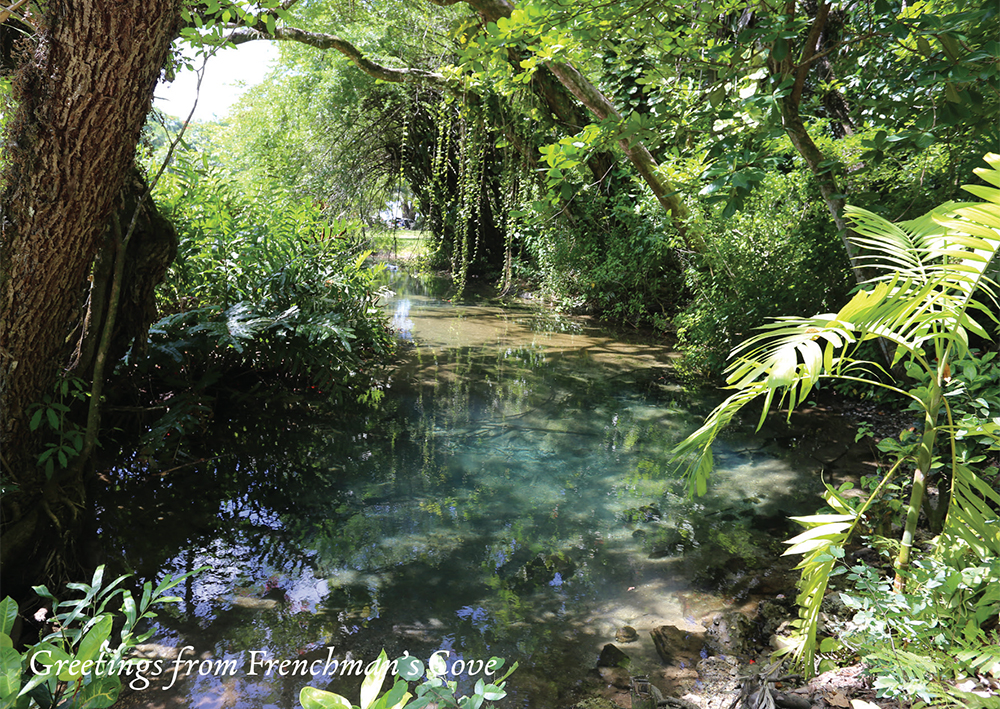 The History of Port Antonio

The town’s twin harbours, jewel-coloured sea and verdant hillsides still ensnare the visitor. The story of this old port is the story of the men who came, saw, and were conquered by its beauty. All of them, from Captain Lorenzo Dow Baker to movie star Errol Flynn and billionaire Garfield Weston sought to develop the town. All of them failed. Port Antonio, like Montego Bay, claims to be the cradle of the tourist trade. Unlike other locations on the island, its tourism potential remains undeveloped and herein lies the charm of Port Antonio and the lure of the parish of Portland.

The town was originally settled by the Spaniards and gets its name from an early Spanish governor who names the twin harbours Puerto de Anton and Puerto de Francisco after his two sons. After the British conquest in 1655, the government tried to develop the area by giving land grants to English families. They laid them down, and built a fort on the peninsula and a naval station. The British Army and Navy protected the settlers against the French, Spanish, and pirates who constantly attempted conquest…but it proved fruitless against the marauding bands of Windward Maroons. Years of guerrilla warfare between the British and these runaway slaves ended in 1734 by a treaty that settled the Maroons on their own lands.

The banana, introduced by the Spaniards from the Canary Islands flourished in the hot, damp climate and rich alluvial soil of Portland and was grown alongside of sugar canes. In 1871, a Yankee skipper named Lorenzo Dow Baker sailed into Port Antonio and took on board a cargo of coconuts and 1450 stems of bananas. The profit that he cleared in Boston was so large that he returned, bought land and planted bananas. Baker organised a shipping line to transport the fruit. Soon, his plantations ranged from Boston in the east through Boundbrook to Buff Bay in the west and his Boston Fruit Company subsequently merged with other interests to create the United Fruit Company. It dominated the banana industry in Jamaica and Central America for years to come. Known as Port Antonio’s ‘Golden Age’ it was said that on Banana Day (any day a ship was loading the succulent fruit) carousing planters would light their cigars with five-dollar bills. Unfortunately, this unheard-of prosperity ended soon with the onset of the Panama disease, which almost wiped out the banana industry. The Gros Michel variety succumbed and was replaced by a new disease-resistant hybrid. The banana industry never recaptured its former prosperity, nor has Port Antonio.

The next swashbuckler to fall in love with Port Antonio was the movie star Errol Flynn who sailed into the harbour one day on his yacht, the Zacca. Flynn acquired a lot of real estate. Navy Island, Titchfield Hotel and several cattle and coconut estates including one owned by Captain Baker. Flynn’s plans to develop tourism, and build a hotel at Folly and a ranch resort at Comfort Castle never materialised. While still in the throes of these plans he died suddenly. Although he expressed a wish to be buried in Jamaica, his widow decided otherwise. Titchfield hotel was destroyed in the late 1960s and today only the ruins of this great landmark remain. 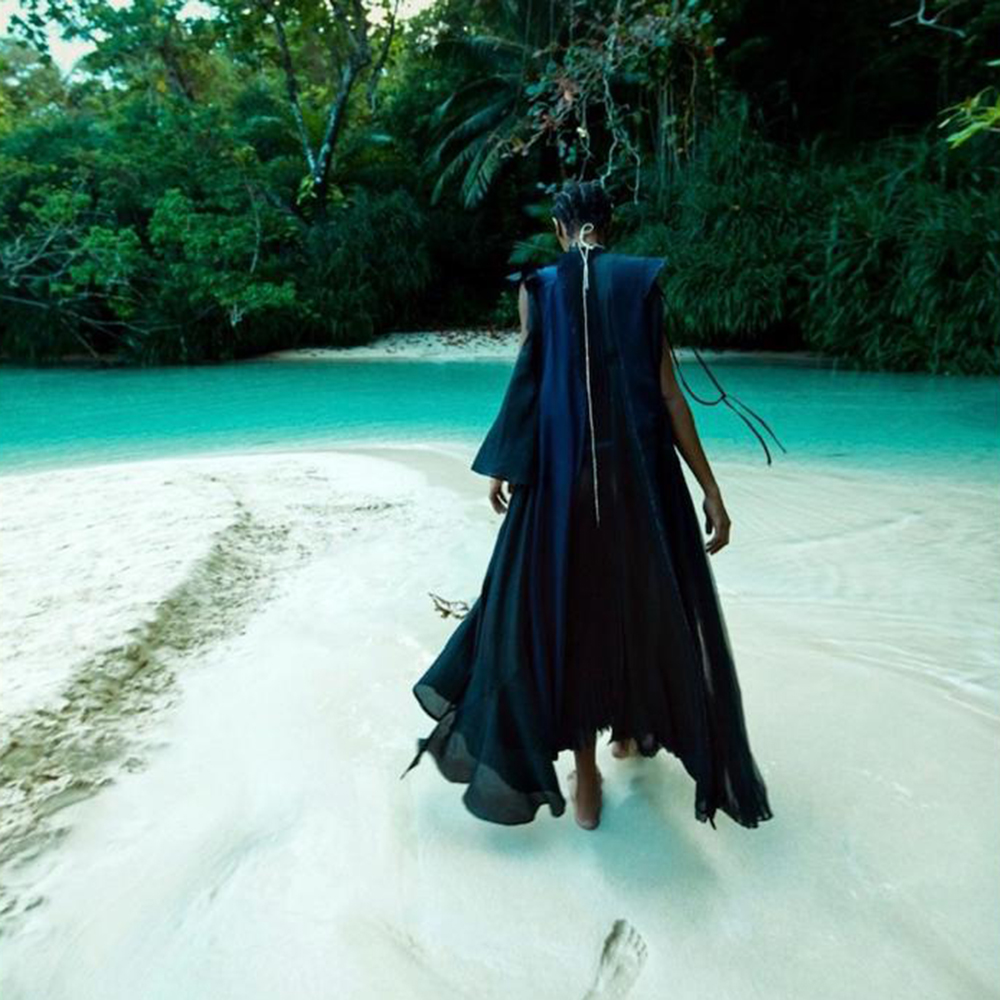 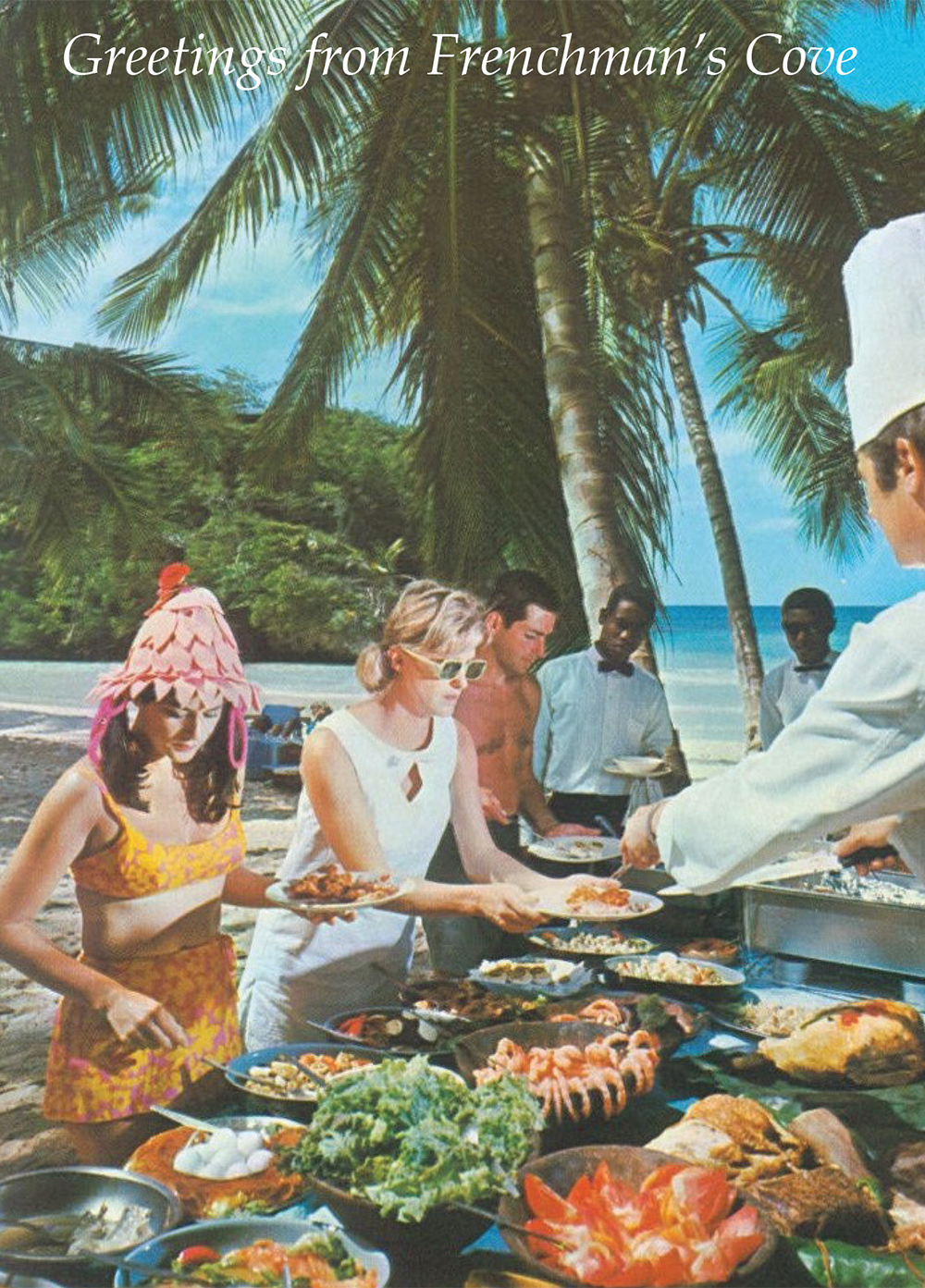 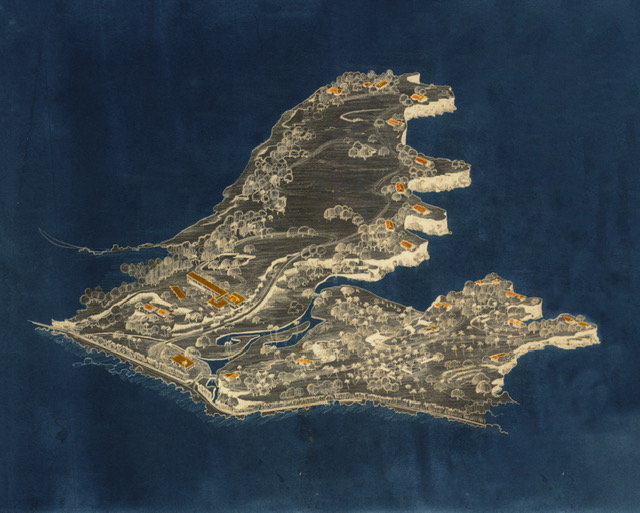